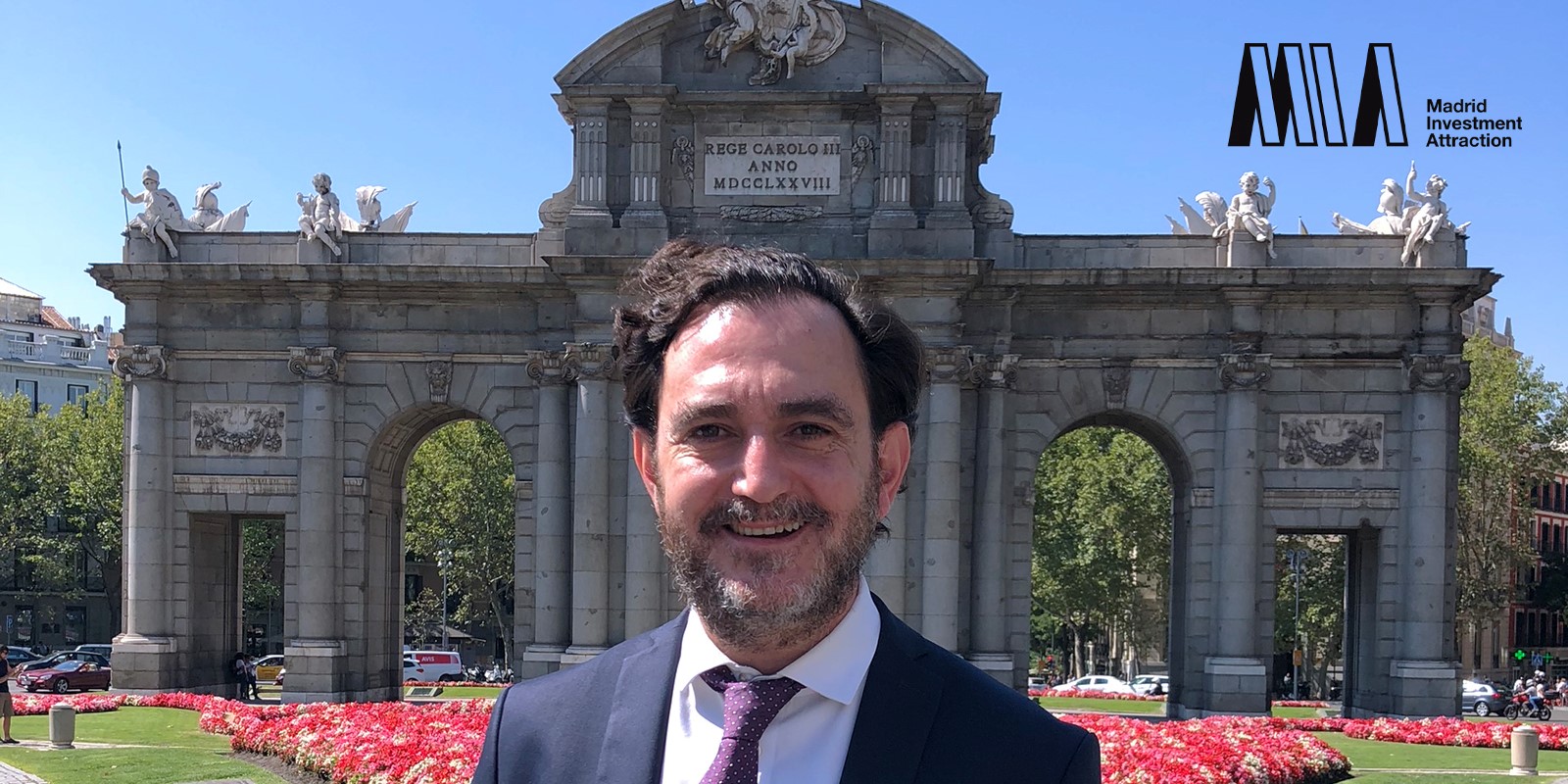 We talked with Miguel Linares, Founding Partner of Linares Abogados. With a long career linked to the internationalization of Spanish companies and the establishment of foreign companies in Spain, Linares Abogados offers financial companies independent legal and consultancy services.

M.I.A.: In recent years, Linares Abogados has been very active in the Fintech sector. What is the situation of this sector at present?

M.L.: We can categorically say that the Fintechs are the present, not the future.

Millennials are a case in point: from their own smartphones, they perform the same procedures that are carried out in person at a branch and without having to travel. The service is the same, what changes is the customer experience.

Fintech companies represent the opportunity to eliminate entry barriers to the traditional financial system, allowing everyone to access financing or services that they otherwise would not have. For example, they allow small startups to resort to financing through ICOs, crowdlending platforms, digitized services, among others.

Now, with this we do not mean that the Fintech companies are going to replace the traditional banks, since these are an essential pillar of the modern economy.

However, banks that do not adapt will be left behind, becoming Relegated Banks, according to the terminology used in the Basel Committee’s own report of February 2018 (“Implications of fintech developments for Banks and Banks Supervisors“),

In this sense, we have seen that Spanish banks are making a big effort to adapt to new technologies and we have good examples of this, like the case of BBVA, which has won many awards for its mobile platform, precisely because it adapts to the needs of its customers, or EVO Bank, which integrates among the services it offers, together with those of the bank, a multitude of fintech digital applications and services to facilitate contracting, savings and investment.

In summary, I would say that we are facing a revolution and the emergence of a new Financial System as we have not known to date. It is true that today everything is new and can be confusing or be deemed unsafe by some people, but we can certainly say that these are the present of the financial system.

M.I.A.: In this new changing environment, who are the main actors: traditional banks, Bigtechs, Fintechs or Institutional Investors?

M.L.: The main actor in this field continues to be traditional and professionalized banking.

In Spain, Banking is the second most important sector after Tourism and is considered one of the world’s best.

Now, beyond banking, which will maintain a relevant position once it integrates the necessary changes, that is, adopting models of financial technologies, such as an own brand, seeking synergies and integrating new functionalities in its own banking core, etc., we have other actors with great possibilities.

This is the case of Neobanks, new actors that, even without the licenses of banks, securities companies or insurers, act as a  that focuses on offering customers all those services offered by licensed entities, but integrating them in a user-friendly application that provides the experience required by the current user of financial services.

On the other hand, we have Bigtech companies such as Facebook, Apple or Amazon that already have the data and the trust of their users, in addition to knowing their needs well. In this sense, they have come a long way.

To sum up, we are not talking about the end of traditional banking, we are talking about its adaptation and we will have to be very attentive to the new players that are appearing in the market.

M.I.A.: In this context we are witnessing new trends on a global scale; Of all of them, what is your opinion on the incidence of Brexit in the field of Fintech?

M.L.: Brexit is an event difficult to understand in a world that tends towards globalization, since it means breaking away from one of the fundamental pillars of the European Union.

The first effect of Brexit will be that the Fintech companies of the United Kingdom will see their market reduced in millions of potential users and millions of euros.

In Spain we have to see this situation as an opportunity, since we have many of the elements that a Fintech company needs to expand.

In my trips to London to speak at Fintech forums, I have been asking different entities for a long time if Spain had been contemplated as a complementary jurisdiction to the United Kingdom to continue in the European Union and, to my surprise, none had done so.

However, the mere mention of elements such as the regulatory Sandbox, the possibility of identifying users through videoconferencing, the Fast Track program (accelerated authorization procedure for entities in the United Kingdom), the fact that Spain is the country with the highest number of fiscal and trade agreements with Latin America, Africa and the Middle East, makes their perceptions change rapidly.

In other words, “Spain is much more than Benidorm”, but when a CEO has to decide between living in Madrid or Vilnius, we could say that his face “lights up” when thinking of Spain.

M.I.A.: Foreign investment in the financial sector in Madrid is significant, with nearly 12,000 million euros of investment received since 2013 and more than 26,000 associated local jobs, representing 75% and 50% of the total for Spain, respectively. There are many other countries that have adopted initiatives to attract foreign companies and that leads me to ask: What is the perception of Spain and Madrid in the international Fintech sector?

M.L.: Spain has a worldwide reputation for the quality of its Financial Sector and that has led banks, as we have indicated, to an important internationalization process.

But Spain is much more than that.

Spain, and specifically Madrid, has local financial institutions to develop a digital experience for its customers and is among the ten European cities in which more digital Startups were born in 2018 (see Start-up Ecosystem Overview 2019 report of the Mobile World Congress). Madrid also ranked second out of the ten cities with the best locations for the return on budget and first in terms of the return on investment in personnel, according to a fDI Markets study.

In addition, according to the EY Attractiveness Survey, Madrid is the fourth European city with more possibilities of generating the next technological giant, tied with Stockholm, Amsterdam, Copenhagen and Moscow.

But beyond what the reports say, Madrid is an exceptional Digital Hub Environment and has even acquired the informal nickname “Silicon Alley”. Indeed, Madrid boasts the highest per capita connectivity in Spain, with a large number of available fiber optic networks and numerous Data Centers.

On the other hand, we have one of the fundamental markets of generation, attraction and retention of talent, since we occupy the sixth position of the European countries with the highest percentage of young graduates in  STEM disciplines (Science, Technology, Engineering and Mathematics), Moreover, since the year 2000 the foreign population in Spain has tripled, which translates into one of the highest levels of openness and tolerance in the world.

With all this, Spain, and Madrid in particular, is at the forefront in promoting innovation and enjoys an ecosystem and entrepreneurial spirit favorable to Fintech companies.

M.I.A.: It must be recognized that the City Council, the Community of Madrid and the Central Government have made great efforts. Do you think these have been enough?

M.L.: The activity of the institutions and that of M.I.A. (Madrid Investment Attraction) in the Madrid area is a great investment catalyst. We collaborate with them and this helps us a lot, because in addition to providing legal solutions to our clients, MIA supports them in many other areas.

In any case, it is always possible to do more. What Fintech companies need is help starting off and with their operations and means to finance the projects.

Thus, taking into account the large presence of financial institutions in Madrid, the City Council should take an active role (in collaboration with the other administrations) in the implementation of the regulatory Sandbox, which still hasn’t been enshrined in law. It is a pity, because the Spanish project was one of the first and, however, it has been stopped by a formality, while other countries have already been active for some time.

It would also be of great help to the Payment and Electronic Money Entities (two of the figures chosen by the majority of Fintechs) to have access to the banking compensation system (Iberpay), which until now has been limited to credit institutions.

It is not an easy task, but I think there are easy-to-implement formulas that could give Fintech companies access to the compensation system, without thereby altering the use that banks currently make of it.

The latter has been one of the steps taken by Lithuania, which has had a great effect on attracting entities from other countries.

In conclusion, Spain is in an excellent position to attract financial institutions from other countries (and not only the United Kingdom), but it is necessary to continue taking steps to integrate Fintech companies into the financial system because, as we said, Fintech companies are the present, not the future.