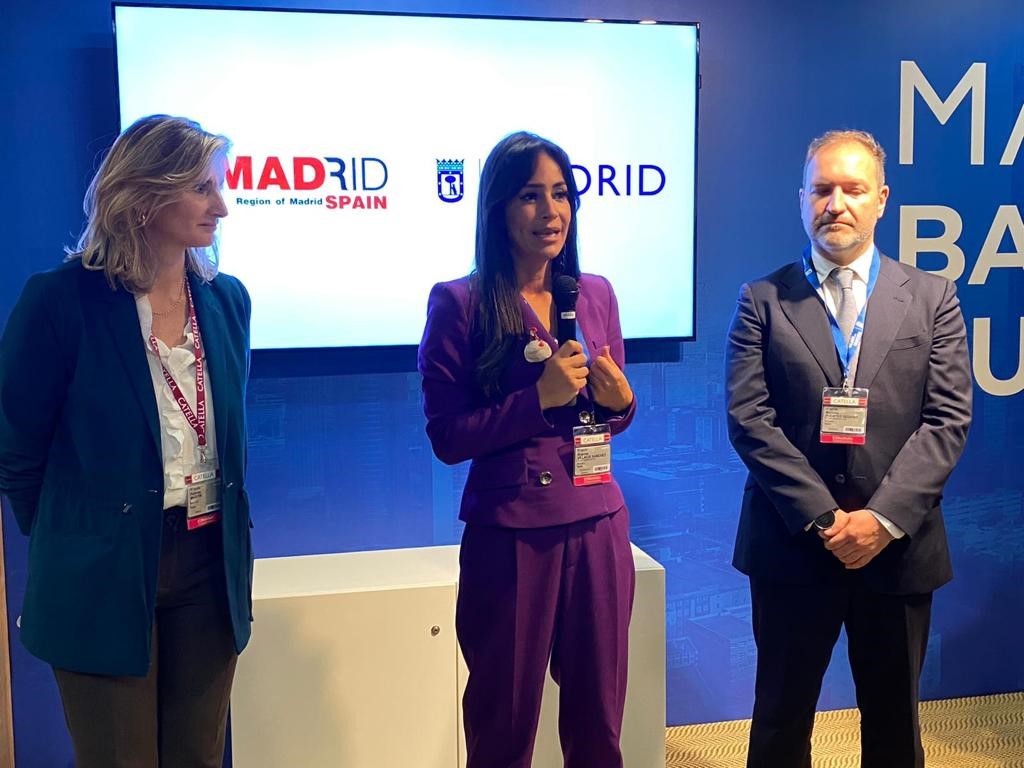 Madrid Investment Attraction (MIA), the foreign investment attraction office at the Directorate-General for the Economy of the City of Madrid, is attending MIPIM 2022, unfolding from 15 to 18 March in Cannes, France. MIPIM is the leading event for the global real estate market, gathering companies, organisations and investors from all over the world – on the whole, as many as 26,000 visitors and 360 speakers from more than 100 countries.

Within a framework of institutional cooperation, the City of Madrid will share a stand with the Community of Madrid and DCN. The three have worked together to showcase the potential of the Madrid economic area and its dynamic, diverse and innovative ecosystems, which are highly attractive in terms of talent and technology. In fact, the City of Madrid has become the target of foreign investors. According to the National Statistics Institute, eight out of ten euro invested by foreigners in Spain come to Madrid. In the third quarter of 2021, the Community of Madrid, led by the city, ranked first for foreign investment with 4438 million euro, that is, 73.3 percent of the total investment in the country.

In the words of María Ángeles Prieto Arroyo, Director-General for the Economy, Innovation and Employment of the City of Madrid, “We will be attending MIPIM 2022 to show Madrid’s potential for foreign investors looking for high living standards, sustainable urban design and competitive business advantage. Madrid Nuevo Norte is one of city’s development projects. No other destination at MIPIM can boast of having such a big-scale project under day, which can increase the capabilities of the economic area and strengthen the city’s position at the global level. Madrid is a city ready for the twenty-first century, at the vanguard of digital development and technology. It is also an attractive and welcoming city; many business groups and multinational companies have set their eyes on it. Madrid Investment Attraction (MIA), the City’s service to support foreign investors, welcomes them to the city.”

With Madrid Nuevo Norte under way, the City of Madrid can boast of urban regeneration and extraordinary investment opportunities, as it is a city that brings together sustainable development, a business fabric that is ahead of the curve and high living standards for retaining talent.

Madrid is one of Spain’s major economic drivers, ranking among the top four most attractive cities to foreign investment in Europe and among the world’s top ten. It is also the world capital of engineering, construction and architecture. It stands second among the cities with the highest number of green spaces and strives to promote sustainable mobility with a busy international airport, the second place in Europe in terms of commuter rail and the largest number of high-speed rail connections. Moreover, it is a leading conference tourism destination, has a high concentration of multinational companies and is home to big-scale urban development projects like Madrid Nuevo Norte, one of the world’s leading initiatives for the next 15 years.

Madrid is Spain’s top recipient of foreign investment, as well as the third most important recipient of cross-borear greenfield investment in Europe. Only London and Paris have similar numbers of operational headquarters of multinational companies. However, Madrid has better prospects in the fields of start-ups, technology and innovation. What is more, the Spanish capital is the main telecommunications and data hub in southern Europe, owning advanced digital infrastructure.

To these advantages we should add an interesting tax system and a thriving business environment. Also, Madrid shows why the choice of company locations is determined by emotional factors too: high living standards to engage talent, a strategic location, a vibrant culture, scrumptious food and world-class learning and training options, and a welcoming urban environment offering multicultural business experiences add to the competitive costs to turn Madrid into the perfect place for businesses and professionals to invest and settle.