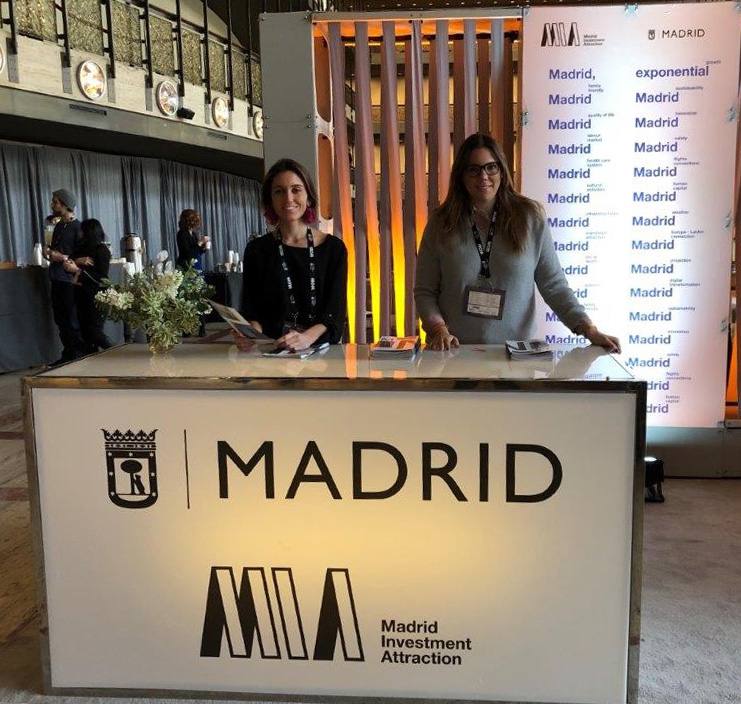 On November 13th Madrid Investment Attraction (M.I.A.), the Foreign Investor Assistance Office of the City of Madrid, inaugurated its delegation in New York.

The main objective of M.I.A.’s presence in the U.S.A. is to promote Madrid to U.S. companies and investors. The city, with its attractive location, can provide an excellent gateway between European markets and U.S. companies. In the last 10 years, Madrid has received more than half of the investment coming to Spain from the United States.

The inauguration event, held at the Cervantes Institute’s headquarters in Manhattan, was attended by the consulate and the commercial office of Spain in New York. More than 40 people attended, representing a select group of companies, institutions and American agencies with interest, or with already established links, in Madrid.

The event was opened by the Consul General of Spain in New York, Rafael Conde de Saro, who presented the main attractions that both Madrid and Spain have to offer as economic spaces to attendees. Following on from that, Juan Manuel Garrido, General Director of Innovation and Promotion for Madrid City Council, presented the fantastic advances that Madrid’s innovation ecosystem has recently experienced.

The director of M.I.A., Daniel Vinuesa, gave a brief summary of the major figures representing American investment in Madrid and expressed the city Council’s ongoing commitment to welcoming and facilitating the arrival of foreign investment in the city.  Lastly, Margarita Oliva, associate at Baker & McKenzie in New York, gave an engaging and inspiring speech detailing the many attractions Madrid can offer as a city to live, work and do business in.

The delegation of the Madrid City Council, who travelled to New York for the event, took advantage of their stay in the city and held a series of bilateral meetings with New York companies and institutions who had previously shown interest in Madrid and to also present the services that M.I.A. are in a position to offer them.

In addition, the city of Madrid and M.I.A. held a prominent presence in the important International Economic Forum WOBI, World of Business Forum, which took place on the 14th and 15th of November at Lincoln Center in New York.